He opened his eyes to the chauffeur’s grace,
The world then was just in vain.
Panic was then all over his face
Realising he was not the ace.

Baking his eyes to the sun’s face
Down was the king in his own disgrace.
With piled up pain and burned up faith
Nothing seemed to help up his fate

Now all on his way onto sleep
He might just once more weep
Yet think he is blessed
To have given this test. 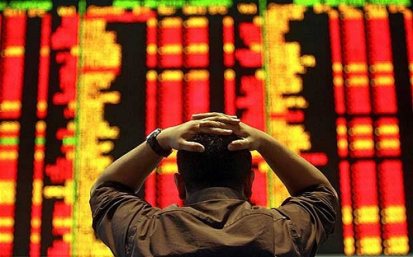 The Financial Crisis of 2008 popularly known as the Credit Crisis or the Subprime Crisis was the worst economic disaster since the Great Depression of 1929. Not only did it bring the financial institutions of US on its knees but also did it affect the financial markets overseas. A series of events which began in 2002 led to one another leaving no time for the banks to get back on their feet. Before they could identify the magnitude of the problem which had been coming towards them, half the economy was already in ruins. When the bubble of the housing sector of the US burst, the housing prices, which were believed to keep on soaring, came down rapidly. This largely affected the mortgage holders, banks and the investors as they considered the mortgage papers of the houses to be the security against the money which they lend to people.

Where did it begin?

The US economy experienced a minor recession in 2001. The economy was able to withstand the blows of the dotcom bubble, terrorist attacks and the accounting scandals in the beginning of the 21st century. But to drive away the fear of recession, the Federal Reserve of US lowered the federal fund’s rate. It led to a sudden liquidity of cash flow in the market. The bankers started offering home loans at a low-interest rate which led to a rise in the number of home buyers which ultimately led to an increase in the housing prices. The bubble of the housing estate was going up. The mortgage-backed securities were a win-win situation for the investors, the mortgage holders as well the borrowers. The lenders grew more eager to lend money. It led to a major fault – subprime mortgages. This is the name given to the loans granted to the borrowers whose income might be insufficient to pay back the money. The lenders fearlessly invested in this loan cycle as they were deemed safe investments by the rating agencies which wasn’t true on the inside and also because they were under the illusion that even if the borrowers defaulted on their loan, they would have the documents of the house against which they mortgaged. Little did they realize that the housing sector bubble which had been rising all these years until now could burst, leading to a sharp decline in the value of the houses. This is exactly what happened in 2004. The interest rates started rising and the market for buying homes closed. Not many people were interested in buying the homes anymore. Home prices started to fall. Many of the subprime mortgage holders were unable to pay back the money which they had borrowed earlier. Many of them defaulted on their loans; a lot of the houses came back to the investors. This added to the depleting values of the houses. The remaining subprime borrowers realized that the price they were paying was more than the house they owned. So they started defaulting on their loans as well. The subprime lenders ultimately started reaching bankruptcy by 2007 as the houses they now owned had very little value. The banks refused to offer loans as they weren’t under the impression to trust their borrowers anymore. It led to the crash of the stock market. And hence, the financial landslide began. It soon crumbled all the pillars of the United States and its effects were seen in various foreign companies who had invested in the US markets. This is when the crisis started crossing the international borders.

How was it dealt with?

Central banks and governments from various countries like England, China, Canada, Sweden, Switzerland and European Central banks started joining their front to deal with the crisis. Despite all joined efforts, several banks collapsed. Others were on the verge of bankruptcy. Then the US government came to the rescue and started printing dollars in a bulk, popularly coined as the Big Bank Bailout. They ‘created’ $700 billion to purchase the distressed assets including the mortgage-backed securities. It ultimately saved the banks. It is speculated that the bailout was in trillions and that it is still ongoing!

Yesterday, I found myself talking to Mr. Dubey who looked like a wise man in his early forties. At least before he mentioned this particular incident. He earns his bread and butter through the shop that he owns in the south east of Delhi. He told me that a person came to his shop and after he made the order, Mr. Dubey asked, “May I say something if you don’t mind?” He couldn’t have said no. So, he went for the customary, “Yeah, sure. Feel free to say what you think.” “You’ve got a big bulging tummy. Don’t you work out or something?” asked Mr. Dubey. I wonder what that poor man’s reaction to this unapproved yet approved consent to breach his privacy must have been. This fact never fails to amuse me how people have taken the article 19 of our constitution, the right to speak a bit too seriously.

There’s this other incident that pops up in my mind. I recall taking a stroll in the park with my father and we bumped into a family that he knew. Papa introduced me to them. I was being this perfect child folding hands, saying namaste and faking a Buddha like smile. Then the aunty said, “Aren’t you a little too short?” Being just 5 feet I couldn’t have said much. Although I wanted to give her a crisp reply throwing my ethics in the bin and say, ‘No, no aunty. I left a couple of inches at home.’ I mean, seriously! You can’t expect a person that you’re talking to for the first time to ask this question.

But somehow, everyone feels entitled to comment on other people’s looks, lives and choices. And that’s when you begin to lay down boundaries in your mind as till what extent would you let what other people say bother you. After a couple more incidents quite like this, I got it pretty clear in my head that people will say shitty stuff no matter what. You just got to stop listening and stop letting it bother you.

Over the years, the Indian Constitution has been protecting the fundamental rights of its citizens through article 14 to 21, guaranteeing them the right to equality, non-discrimination and dignity to name a few. Despite these articles, there were some loopholes in the constitution which the law makers overlooked. Right to privacy has always been accepted by the Supreme Court but never as a fundamental right.  A nine-judge bench of the Supreme Court headed by the chief justice J. S. Khehar heard the case of Justice A. K. Puttaswamy (Retd.) & Anr. v. Union of India &Ors. They unanimously came to a landmark decision on 24th August declaring privacy a fundamental right under the Indian Constitution. Nine-judge benches are rare sightings and the consensus drawn by the court is bound to hold the field for a few generations to come.

So, how then did this case come before a nine-judge bench? It all started when the constitutional challenges to the Aadhaar scheme were being raised before a three-judge bench on August 11, 2015. The Union of India argued that the challenge against it, which was based on the right to privacy, could not be raised as this right wasn’t guaranteed in the Indian Constitution. The Union of India relied upon two early judgments which contained observations suggesting that there may not be a fundamental right to privacy. They argued that most of the other judgments which had held that there was a fundamental right to privacy were passed by smaller benches, and therefore couldn’t be raised. It was in response to this that the Court passed an order referring the case to a higher bench. This is when the court reached a nine-judge bench in the SC headed by CJI. This case was argued over seven days and then in a landmark judgement, the bench unanimously made privacy a fundamental right.

So by pronouncing right to privacy as a fundamental right, the Supreme Court has actually given the citizens something that cannot be taken away even by the Government, Court or Act. Not only will this judgement put Aadhar Act to a test but also will it raise questions on the article 377 of the Indian Penal Code which criminalizes any sexual activity between two individuals which is against the “order of nature”. By which they imply the illegality of lesbians, gay, bisexuals and trans-genders. Right to privacy might turn out to be a huge support for the LGBT supports as a person’s sexual orientation is a private affair over which the state should have no say.

Over a week, 3 bold decisions have been taken by the judiciary. On 22nd August instant triple talaq was rightfully done away with, putting Muslim men and women on an equal stand before the eyes of the law. On 24th August, Right to Privacy was declared a fundamental right & the very next, on 25th August a high profile and powerful self-proclaimed god-man, Ram Rahim Singh was convicted in a rape case. These landmark decisions shall henceforth serve as the “beau ideal” for the judiciary.